“The work that we’re doing helps us move collectively towards healing as a church and beyond.” 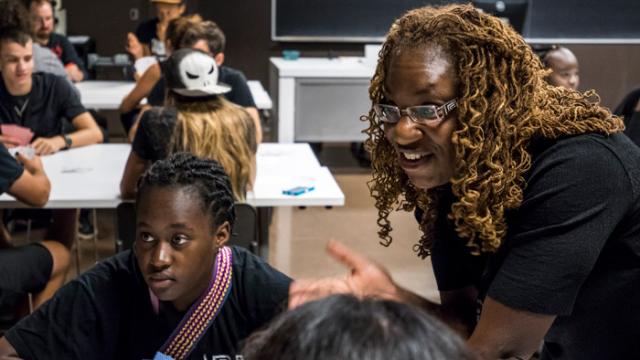 When was the first time you became aware of discrimination or oppression?

Adele Halliday, the United Church’s Anti-Racism Equity Lead, says that parts of her work focus on racial discrimination―and she encounters many people across the church who are surprised by the ongoing systemic racism in church and society.

“I grew up as a racialized person and in a multiracial context, so this always surprises me. There’s almost a kind of initial moment of realization,” she says. “In my work, what I encourage people to do is move beyond that moment of realization, asking, ‘So what does that mean for you in your life?’ If you’re a person who’s benefited from racism, now what? What’s your next action? What does it mean for your life in the church and society as a person, as an individual, as a family member?’”

Racialized people are among the people who have felt the negative effects of racism. It can take many forms, but all are harmful. And even worse, racism still exists in Canada and in the United Church today.

Your gifts to Mission & Service support educational initiatives, programs, and partners that work hard to dismantle racism. One of these programs is the 40 Days of Engagement on Anti-Racism, which tackles topics like internalized racism, systemic racism, and anti-Indigenous and anti-Black racism.

While the program was designed for The United Church of Canada, Halliday says the impact is global. “I have gotten messages from people in other denominations and in other parts of the world like the United Kingdom, Australia, and the United States who are excited about the program and who want to use it,” she says.

“There are people who are hurting because of racial injustice and racial trauma,” says Halliday. “The work that we’re doing helps us move collectively towards healing as a church and beyond.”